In the current proposal for the new PIM architecture, we identified the following tradeoffs between opposing requirements.

Figure1: the CP cycles around node 1, 2 and 3. At some point, it needs to include more blue nodes to the team, but it isn’t aware of the presence of node A, B and C. This because the 1st level broadcast doesn’t propagate this information through node X to node 2 and 3. 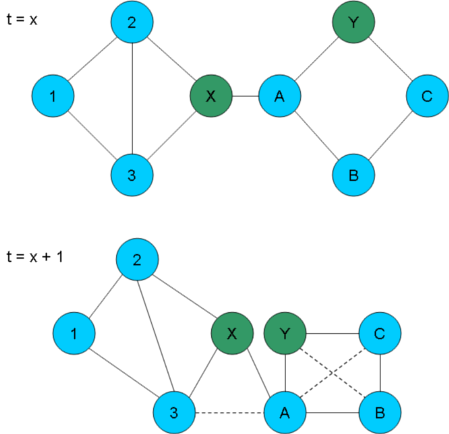 Figure2: at time t = x, there is no direct connection between node 3 and node A. At time t = x + 1, node A is closer to node 3, so that a direct connection between them is now possible. Unfortunately, this route cannot be detected by the migration system because the broadcast has already occurred, so the neighbor-list of node 3 cannot be updated until node A stops receiving the CP.